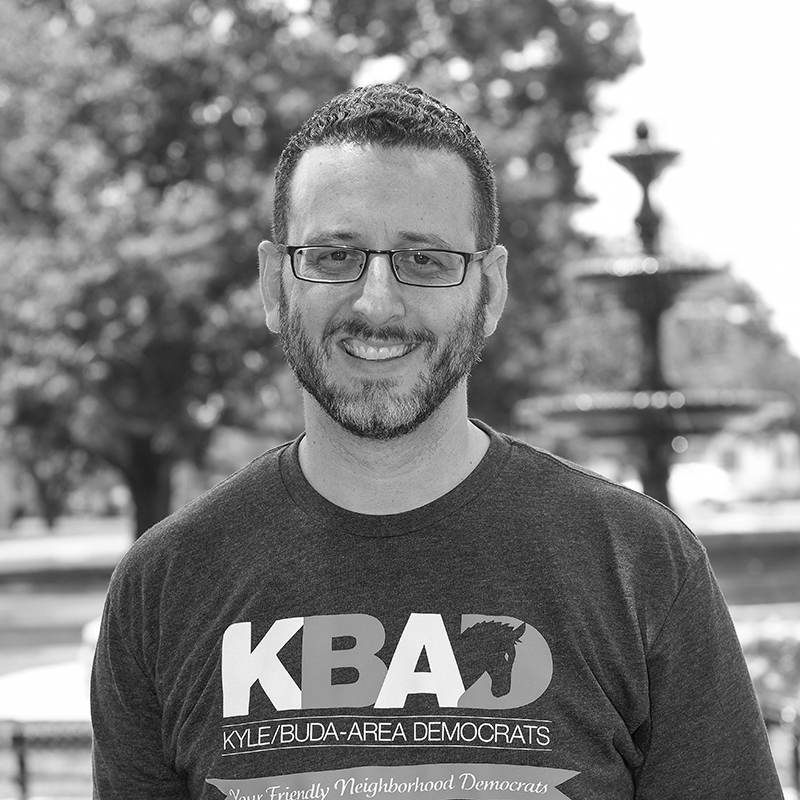 I joined KBAD because I learned in 2016 that simply voting is not enough. Like many people who move to Kyle, I believed that I was too busy with work and home life to get active in the political scene. I also thought that other “political types” had things covered and that as long as I went to the polls on Election Day, I was doing enough.

However, the outcome of the 2016 election taught me that I would have to get involved to ensure that progressive-minded candidates could be elected. Winning elections requires grunt work, organization and financial contributions. This is especially true in Texas where Democrats are facing off against an entrenched party that has amassed power through gerrymandering and the backing of corporate interests.

The only way progressives can counter this corruption is through grassroots organizing and investing in candidates with our time, effort and money. I’m grateful that KBAD has provided me and so many others with the means to make a difference in Hays County and beyond.

Your membership will help us elect progressive Democrats to ultimately turn Texas Blue!